News, Events, and Updates on The W's Common Read

When Alexi Pappas was four years old, her mother died by suicide, drastically altering the course of Pappas’s life and setting her on a lifelong search for female role models. When her father signed his bereaved daughter up for sports teams as a way to keep her busy, female athletes became the first women Pappas looked up to, and her Olympic dream was born. At the same time, Pappas had big creative dreams, too: she wanted to make movies, write, and act. Despite setbacks and hardships, Pappas refused to pick just one lane. She put in a tremendous amount of hard work and wouldn’t let anything stand in her way until she achieved all of her dreams, however unrelated they may seem to outsiders. In a single year, 2016, she made her Olympic debut as a distance runner and wrote, directed, and starred in her first feature film.

But great highs are often accompanied by deep lows; with joy comes sorrow. In Bravey, Pappas fearlessly and honestly shares her battle with post-Olympic depression and describes how she emerged on the other side as a thriving and self-actualized woman. Unflinching, exuberant, and always entertaining, Bravey showcases Pappas’s signature, charming voice as she reflects upon the touchstone moments in her life and the lessons that have powered her career as both an athlete and artist—foremost among them, how to be brave.

Pappas’s experiences reveal how we can all overcome hardship, befriend pain, celebrate victory, relish the loyalty found in teammates, and claim joy. In short: how every one of us can become a Bravey. 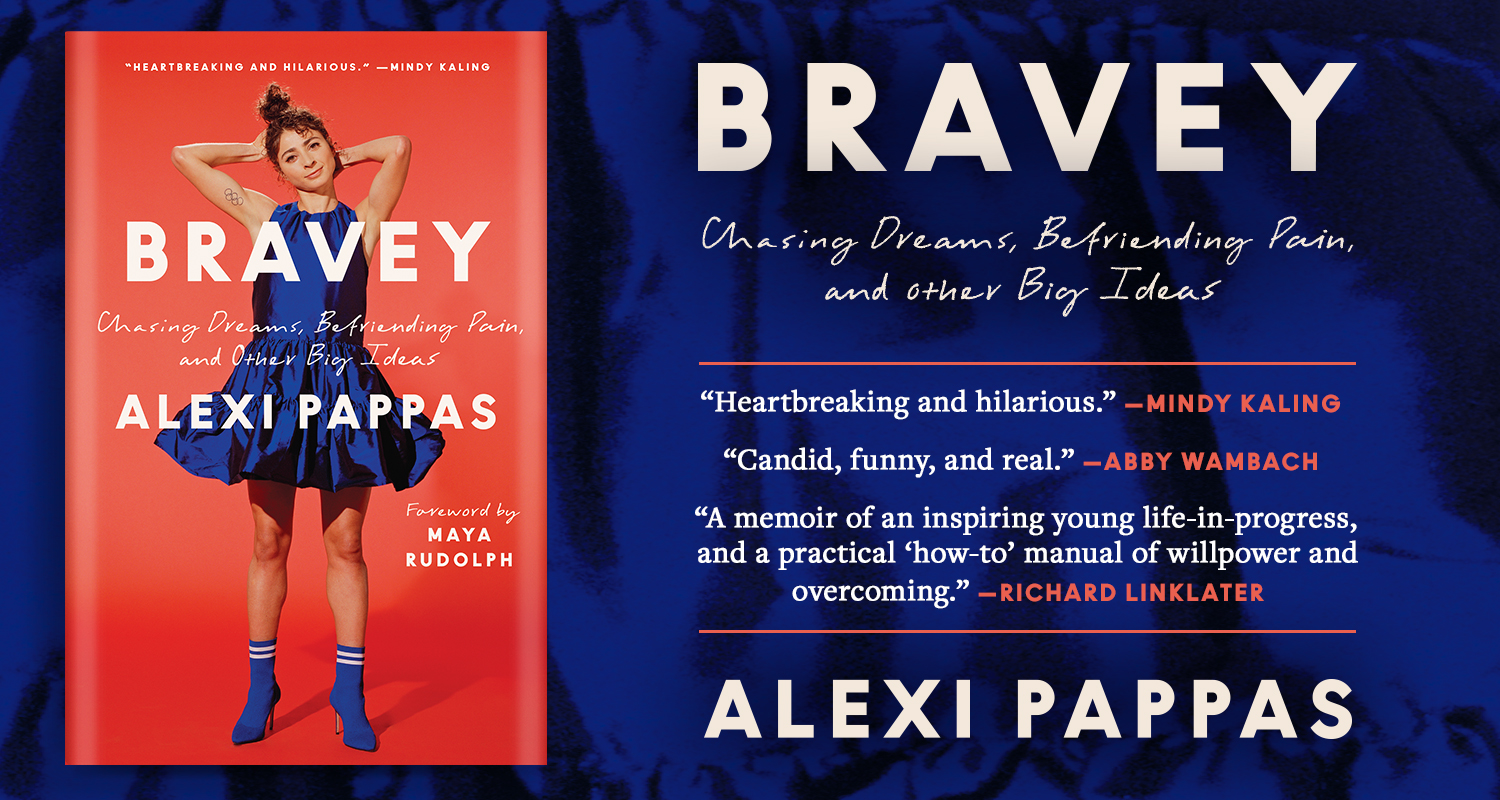 Alexi Pappas is an award-winning writer, filmmaker, and Olympic athlete. Her writing has been published in The New York Times, Runner’s World, Women’s Running Magazine, Sports Illustrated, The Atlantic, and Outside, among others, and she has been profiled in The New York Times, Sports Illustrated, New York Magazine, and Rolling Stone. Pappas co-wrote, co-directed, and starred in the feature film Tracktown with Rachel Dratch and Andy Buckley. Most recently, she co-wrote and starred alongside Nick Kroll in Olympic Dreams, the first non-documentary-style movie to ever be filmed at the Olympic Games. A Greek American, Pappas holds the Greek national record in the 10,000-meters and competed for Greece at the 2016 Olympic Games. She lives in Los Angeles, California.